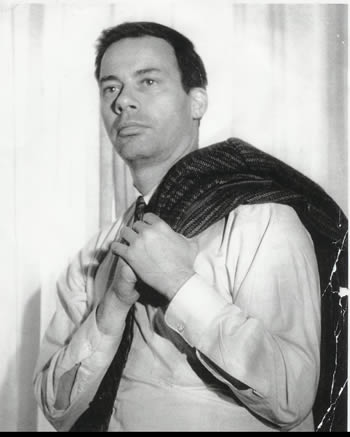 From an early age Michael displayed a growing interest in the performing arts. However, as an eighteen year old, he put those interests on hold by enlisting in the US Marine Corps where he served the duration of WWII in the Pacific. As a medic, he was a healer and saver of lives. His battlefield experience, plus a voracious appetite for medical study, prepared him for further contributions in the medical field. Applying his medical knowledge, Michael played a major role in the development of the "Holter" ambulatory heart monitor, even being cited as a co-author of a peer-reviewed scientific paper on the subject.

After the war he returned to civilian life and continued his interest in the performing arts. Moving to Hollywood, he studied modern dance. He launched a successful career with a number of Hollywood films of the 1940's. Later, moving to New York, he continued his dancing career on Broadway in many of Carol Channing's performances.

The experiences of the war led Michael to develop a lifetime interest in various spiritual paths - especially that of the Buddha Dharma. He was an avid reader of diverse writers, from Sufis to Zen Masters. Over the years he participated in a number of Buddhist groups. In the last years of his life he resided in Tucson, Arizona, where Michael found, in his association with Karida Buddhist Sangha, a Sangha home. He was a philanthropist, making significant contributions to the local performance arts. In particular, the University of Arizona benefited from his generosity as did Karida Buddhist Sangha, custodians of his Spiritual Path library.

Michael retired to a large assisted-living home where he was frequently visited by young staff members who, during their duty breaks, sought to learn about the Buddha Dharma. He regularly and generously provided books to encourage their study. He embraced the Bodhisattva ideal as Shiva Dancing, as a healer, as a saver of lives, and as a Dharma Teacher.

Michael's favorite sound meditation was "Om Namaha Shivaha." He delighted in sharing many copies as gifts for friends. An excellent performance by Robert Gass's group "Wings of song" may be heard on Youtube.