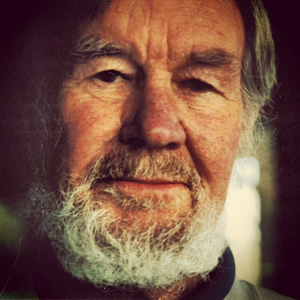 I met Otis in early 1970 at Sri Ram Ashrama, a yoga community where I was living near Benson, AZ. As our public outreach to the community of Southern Arizona, the Ashrama opened its doors for public tours every Sunday. Otis came to one of these on one of his typical weekend desert explorations. He and I immediately found common ground and much to talk about. When he learned that I had a new Master's degree and teaching experience at the college level, he immediately started selling me on becoming a founding faculty member of the yet-to-be-opened Pima College in Tucson. My entire career as a full-time faculty member at Pima was the result of that one chance meeting. More than any other person Otis was the architect of the most significant period of my life, spanning thirty years. He became one of the founders and major contributors to the early development of Karida Buddhist Sangha.

In the years that followed, I came to realize that our initial meeting was due to Otis just being Otis. Otis was an inveterate explorer and collector whether he was hunting for a rare desert creature, or plant, or fresh road kill to feed his reptile collection. His visit to the ashrama was just another of Otis's weekend desert explorations and on that day I became a part of his collection for the new college.

Together, Otis and I built a woodworking shop complete with workbenches and modern power tools. Most of our projects were created to embody the Zen Buddhist esthetic. We made many Japanese miniature raked- sand gardens. To this day a number of these hakoniwa can be found on desktops and coffee tables across the USA.

As Otis and I worked together, it often seemed there were moments when none of our moves had any wasted motion: reaching for a tool and finding it “right there.” Those moments were a smooth flowing of life as brain, hand, tool, object being made, all became as one; celebrating the world of the present. They were magic moments often sought after: always treasured. This was, for us, a deep practice of Buddhist meditation. We embraced the present together.

Otis was an accomplished gardener with university training in horticulture as well as being a widely respected herpetologist. He was a longtime supporter of many environmental organizations including his special love, The Arizona-Sonora Desert Museum. Otis assisted me and five others in the founding of Amaterra in 1980. He participated in Amaterra's many diverse environmental activities and served on its board of directors for over two decades. In 2015, in its thirty-fifth year, this non-profit organization continues to support a variety of environmental education projects with several thousand dollars of grants per year. Otis was a significant and active part of this long-time effort. Otis helped me to learn that when we open ourselves to nature: the appreciation of plants and animals, the appreciation of beauty, we allow the present to touch us in a very special way that lets us know we are not alone. Such moments are the essence of Buddha Dharma. Otis knew this, lived it, and taught it to others.

Over many years Otis and I developed and taught college courses in comparative world religions and Zen meditation. By the time of retirement, we had taught more than three thousand students in our meditation classes, sometimes as a team and sometimes separately. Always we took over each other's classes when needed. In 1997 we co-authored a textbook used by all of our students.

For many years, focused in the Zen tradition, we walked the same Buddhist path together.

Otis so impressed my principal Buddhist teacher, Reverend Gyoko Saito, that he once said to me: Otis is a National Treasure. All of my Buddhist teachers were iconoclasts in the same mold as Otis. Even though they were clerics they eschewed the trappings of formal religions as did Otis.

One day, while walking in the Rincon foothills, the poet Nanao Sakaki stopped, turned to me and said, "In Japan they call me walking Zen. Do you know why?" I said, "No," and Nanao replied, "Because when I meditate I walk and walk and when I come to a Zen temple I just keep on walking." In that very moment Nanao became Otis and Otis became Nanao. I, on the other hand, always had a tendency to want to stop and sign up. Yet, Otis and I never disagreed on either style or substance of our classes.

My own teachers liked to avoid people who, as they put it, had the smell of religion. They would say things like, "a Buddhist who smells like a Buddhist is not an authentic Buddhist." They taught us to be, one's ordinary self: to forget labels and identities such as faculty, teacher, Buddhist,meditation teacher, "guru," and so on. Once, Allen Ginsberg was pressed by a TV interviewer who insisted on trying to impose labels on Allen. In frustration, the interviewer said, "If you are not these things then what are you?" Allen replied, "I am me." This has always been a difficult teaching for me. Yet, for Otis, it seemed to be just part of his nature. Otis was a true friend for many because he knew who he was and therefore could immediately empathize with others.

The dominant cultural arts of Japan all emerged out of the matrix of ChaNoYu, or Japanese Tea Ceremony. Otis was avidly interested in the practice of all of these arts: calligraphy, flower arranging, architecture, and landscape gardening. To some degree or another, infused with the spirit of Zen, he practiced each. Otis and I shared many cups of tea in my own little tea house named Almond Blossom on Silverbell Road. For us the practice of Zen Buddhism was simply being ourselves, host and guest and a cup of tea engaged in the four Tea principles of harmony, respect, purity, and inner peace.

In 1987 I entered into an intensive meditation retreat for one month. In the final week, each evening a friend came to the Almond Blosson tea house, each representing a different spiritual tradition. I prepared a simple Cha-Kaiseki meal and tea for my guests in the style of chanoyu and in turn, I received a teaching from their own spiritual traditions.

On the first night Angela Zerdavis told of the Uncreated Light (the Tabor Light of Eastern Orthodoxy). On the second night Nancy Wall told of the Love of Avatar Meher Baba. On the third night Joe Swaffar showed me that the measure of the authenticity of a Buddhist is that of being a true friend. On the fourth night Reverend Lee Scott shared the teaching of the Love of God. On the fifth night June Davidson chanted Yoga Mantras until dawn in the tea house. On the sixth night Sharif Graham shared the Sufi teaching of the Torch of Truth which shines in every being and thing in the universe. Finally, on the seventh night, Otis Bronson arrived and immediately began laughing. I joined him and we didn't stop for the entirety of his stay. This is how I wish to remember Otis: a great Zen Teacher with a deep understanding of the Buddha Dharma.

In the early 1980s I helped Otis design his one-room tea hut in the desert. We drew up plans, made a small traditional 3-D Japanese paper model, and named it Laughing Dawn. At Otis's insistence, we landscaped the tea garden, following closely with what the desert had already created. If you followed our winding rock-lined path and made a final turn you found the tea hut. However, at this point it consisted only of four small stakes: one at each corner of the nine-foot square hut to be named Laughing Dawn. At this stage we could have named it either The Tea Hut of the Emperor's Clothes, or Brigadoon.

After the landscaping was complete, Otis and I sat on the desert floor within the nine-foot square and contemplated the tea-house-to-be. Some months passed and, because of the other ever-present demands of life, it became clear that we were never to complete this tea house. However, in later years, we would continue to walk the path, turn the corner and sit on the desert floor in the tea-house-that-never-was and was never-to-be. We would share a non-cup of tea. The desert approved of Otis's tea house: the best tea house I ever visited named Laughing Dawn.

Otis, you always loved the Haiku poetry form. So here's one for you.

LIGHT a 24-hour meditation candle in memory of Otis.